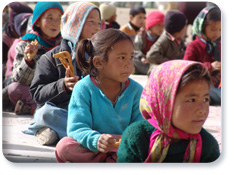 backing of various Western charities, regular contributions by individuals, and financial assistance from the Indian Government's Departments of Tribal Affairs at both state and national levels. It now has more than 850 young people of all ages, kindergarten to college-goers, either directly in its care or under its supervision and receiving its financial support. Educational activities take place on nine sites, eight inside and one of them outside Spiti. The latter is in Sidbhari near Dharamsala, seat in exile of His Holiness the Dalai Lama. Students financially supported by the society are also attending coaching classes and college in the large city of Chandigarh. Currently ten Spiti girls are undergoing nurses training in New Delhi with financial support arranged by the society. The school age population of Spiti Valley is approximately three thousand. 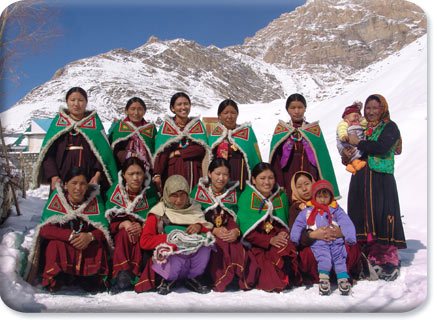 The general goals of our society are 1) to lift Spiti out of its economic backwardness, and 2) to preserve and promote enjoyment of Spiti's peaceful, Buddhist culture. The specific educational goals of our society are 1) to offer young Spitians the best possible modern education and to pass onto them our unique culture and traditions, and 2) especially to encourage education at all levels for girls and women. 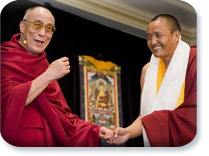 and present general secretary, Tashi Namgyal. He was born in 1964 in Morang, a tiny, seven-house, subsistence-farming village in Upper Spiti, famous for the purity of its spring water. He entered Key Monastery at an early age and completed his advanced studies in Buddhist philosophy at the Institute of Buddhist Dialectics in Dharamsala. His main inspiration in beginning the Rinchen Zangpo Society came from educational programs such as the Tibetan Children's Village Organization, successfully set up by the Tibetans living in exile in India to save their culture and, in particular, the work of Ven. Lobsang Gyatso, founding father of the Tibetan-exile Institute of Buddhist Dialectics in Dharamsala. In 2009 Tashi Namgyal received the USA Unsung Heroes of Compassion award, presented by HH the Dalai Lama. 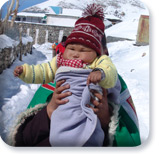 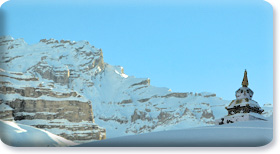 All of our projects are located not far from the home in exile of His Holiness the Dalai Lama in north-west India. His encouragement of traditional and modern education has been the greatest inspiration. In 1996 His Holiness inaugurated our school in Rangrik, Spiti, giving it the name Munsel-ling, which means, place where the light of knowledge dispels the darkness of ignorance.

Tenzin Kalsang Lochen Rinpoche is the 19th reincarnation of the Great Translator Rinchen Zangpo of Tibet (year 958 - 1055). He was born in the neighbouring district of Kinnaur in 1958 but is very much associated with Key monastery and Spiti. His formal education was at the Institute of Buddhist Dialectics in Dharamasla where he received his Uma Rabjampa post-graduate degree in 1983. As well as teaching Buddhism he is an eminent patron of Spitian and Himalayan culture.

Serkong Rinpoche was born in lower Spiti in 1984. In his previous life as Tsenshab Serkong Rinpoche he was very close to His Holiness the Dalai Lama, serving as one of his teachers and debate partners. In exile he made extensive teaching tours of Spiti, to revive and encourage the practice of Buddhism there. He passed away in the village of Kibber. The present incarnation is now particularly associated with Tabo Monastery and has studied at Ganden Monastery and the Institute of Buddhist Dialectics.

The founder of the Rinchen Zangpo Society. Since completing his education at the Institute of Buddhist Dialectics, Tashi Namgyal has dedicated himself to educating the children of Spiti and promoting the culture of the Himalayan region.